DWF, the global legal business in which RCD was integrated at the end of 2019, which led to the birth of DWF-RCD in Spain, has announced a remodeling of its operational structure at a global level coming into effect on May 1st, 2021. As a result of these changes, the global structure of the DWF Group will move from four to three divisions: The Legal Advisory division; Mindcrest, a market leader in outsourcing services for the standardization, systematization, scaling and optimization of legal services; and Connected Services, DWF’s collection of professional products and services that complement the group's legal offer.

These changes have also led to a remodeling of other bodies and areas, in which the Spanish team will play a prominent role. One of the changes affects the executive committee of DWF, in which Ignasi Costas will become a member. Likewise, Costas has been appointed as managing partner of DWF for Europe, the Middle East and Latam, Adolf Rousaud and José María Durán, will also be part of the international structure of DWF. Rousaud, current co-managing partner and head of the DWF-RCD Corporate and Commercial Area, has been appointed global co-director of the Group's Corporate Area, while Durán, head of DWF-RCD’s Wealth Management Area, will occupy the global direction of the Tax & Private Capital Area.

With these appointments, the three partners enter the exclusive group of Spanish lawyers who hold positions of responsibility in the executive structure of global law firms. It should be noted that both Adolf Rousaud and Ignasi Costas were already part of the Executive Committee for Continental Europe of DWF and that, in addition, Ignasi Costas, widely recognized in the field of innovation, was part of the board of DWF Ventures and Connected Services.

The remodeling constitutes one more proof of the global firm project that DWF is and praises the successful leadership carried out in Spain –second country by relevance in the group after the United Kingdom–, especially in core areas of the firm such as Corporate or Tax, after a particularly complex year. 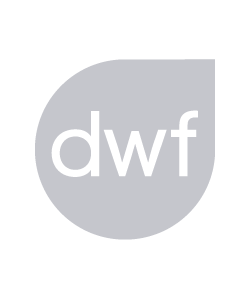